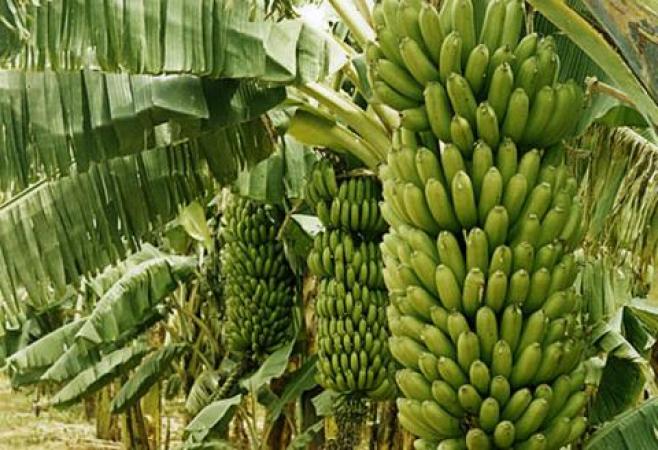 Mali has a huge production potential of banana along its watercourses. The main production areas are: Sikasso and Yanfolila in Sikasso, Kati and Kangaba in the Koulikoro and Kayes' region. The dessert banana production is estimated at over 67 000 tonnes with an average yield below 25 tonnes per hectare.

The baby Banana is the main variety of banana produced in Mali. With a high capacity of adaptation under climatic conditions in production areas and producers use the capacity of the plant to vegetatively propagate to obtain plant material, meaning the releases required for new plants.

However, this practice does not guarantee the agronomic quality of plant material, which may partially explain the reduction of yields estimated around 20 to 40% over the last five years. This limits the availability of the amount of plant material required for replanting and extensions. This is a serious handicap for the development of the of banana production in Mali

To overcome these constraints WAAPP-Mali has undertaken the promotion of the technology of plant derived from stem fragmentation (PIF) through an operator training.To date, forty (40) producers from all the banana production areas (Kayes, Koulikoro and Sikasso), agents of agricultural research and technical support services have been trained.

The PIF technology is generated by the National Center of Specialization on plantain based in Côte d’Ivoire and disseminated some of the WAAPP recipient countries including Mali to rebuild the food potential of the sub-region.

Also, the construction of a pilot plant for horticultural production based on the PIF can easily be replicated by the producers using local materials and at minimized costs.

Moreover, the multiplication is done by planting, and weaned seedlings are planted immediately.

The proliferation of releases from the PIF technique can be performed under particular conditions created in vitro in one of two ways: either regenerate a seedling from a stem fragment or cause blooms from which will develop many seedlings to form a banana tree. It can produce hundred plants from a rejection.