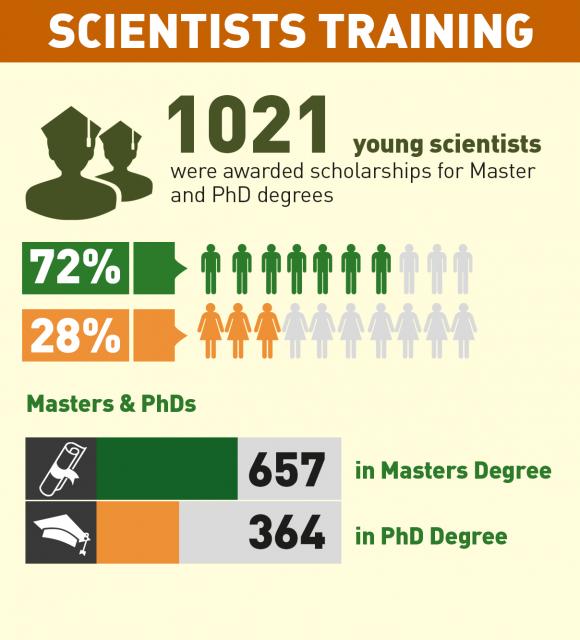 A study conducted in 2014 by CORAF/WECARD and the International Food Policy Research Institute (IFPRI) on human resources available in the sector of agricultural research revealed that in 2011 there were only 5,000 researchers in the sub-region which represents between 15 and 20 researchers per 1 million inhabitants, with women accounting for only 20%. This report also highlights the aging aspects of researchers with an average of 55 years, which raises the issue of training the next generation of scientists in the sector.

Therefore, to close the gap, the West Africa Agricultural Productivity Program has initiated a capacity building program of the Next Generation of Agricultural Scientists to fulfill the socio-economic potential of agriculture.

To upscale these achievements, WAAPP is ambitioning to facilitate intra and inter mobility of researchers and technologies that transcend institutional and national boundaries for an optimization of research outputs of NARS and CGIARS in National Agricultural Investment Programs. Harnessing movements offer comparative advantage in reducing costs of research and training, avoiding duplication, and simultaneously foster regional integration.

The ambition of WAAPP for the coming years is to grow the new generation of scientists and leaders with the knowledge and skills to replace the large numbers in the agricultural sector now close to retirement, and spur the agricultural growth needed to reduce poverty in West Africa.