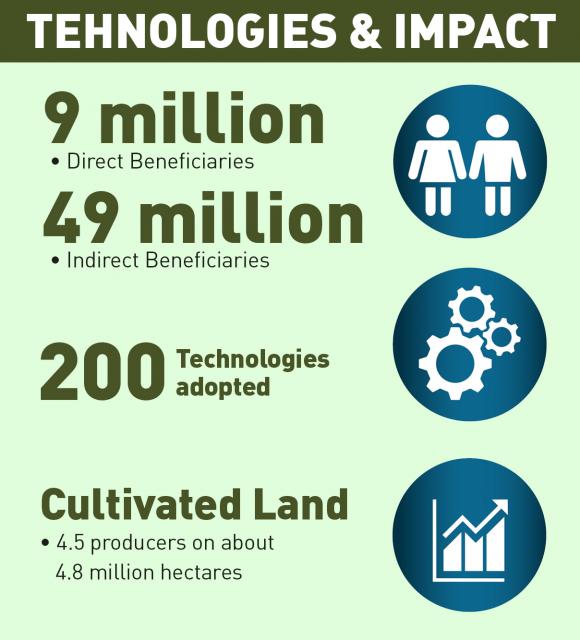 The West Africa Agricultural Productivity Program (WAAPP) led by CORAF/WECARD is positioning itself as one of the major responses of the Economic Communities of West African States (ECOWAS) to the 2006-2008 food crises rocking the region. The region’s food situation would have been worse without WAAPP’s efforts. In fact, the programme has successfully generated and accelerated the adoption of improved technologies in key priority areas of agricultural sector in each of the 13 beneficiary countries.