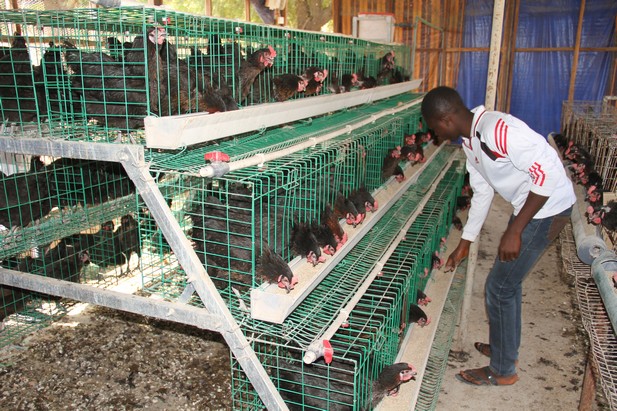 West and Central Africa (WCA) has a population of 433.2 million.  Youths make up 60% of the total unemployed. This situation has resulted in the escalating migration trend of youths from rural to urban areas and Europe in search of economic opportunities and better livelihoods. Youths are embarking on risky migrations to Europe in search of better opportunities. This has become a death-trap with over 3,770 drowned in the Mediterranean Sea alone in 2015 (Relief Web, 2016). Currently, the International Organization for Migration (IOM) reports an estimated 206,400 migrants and refugees entered Europe by sea in as of 5th of June, 2016. Deaths so far this year are 2,809 compared with 1,838 through the first six months of 2015 (IOM, June 8, 2016). Part of these are from Africa. Other desperate youths may be attempted to join gangs and get engaged in terrorist acts, which is a source of concern in many parts of Africa these days.  This undermines the stability and socio-economic development prospects of the sub region. The structural weakness and extremely limited diversification of the economies of WCA constraints job creation to absorb the growing number of young entrants into the labor market.

Additionally, youth unemployment could also be seen as a great opportunity, if they are empowered to become the engine for economic development.  Nonetheless, youths and women alike, face major challenges including: insufficient access to knowledge and research outputs; inadequate information and education; skills-building with apprenticeships and internship opportunities; inadequate access to financial services; limited access to markets; and limited involvement in policy dialogue. These challenges constitute priority domains for strengthening them to harness their energy and potential to start up agribusinesses, create jobs and wealth, thus curbing migration.

Modern agriculture has considerable potential for job creation and may absorb large numbers of would-be otherwise youth migrants or youths who currently crowd the cities with underemployment. Making well balanced choices for employment-intensive investments in agriculture and rural nonfarm activities can create immediate short term employment opportunities which can be more easily tapped by young people. Combined with appropriate local economic development strategies, it can generate more and sustainable jobs. This requires strategies to make agriculture an attractive enough option for youth to engage in, including moving away from subsistence agriculture, and introducing commercialization and productivity improvements through technological changes and infrastructure support.

In this context, since 2008, the West and Central African Council for Agricultural Research and Development (CORAF/WECARD), have been implementing the regional initiative titled “West Africa Agricultural Productivity Program” (WAAPP) funded by the World Bank, for generating new agricultural technologies, alleviating poverty and promoting economic integration. The investment in the WAAPP amounts USD 457 million sourced from the World Bank and the support of the Economic Community of West African States (ECOWAS) for 13 countries. After 7 years, the Program has (i) reached 5,797,396 direct beneficiaries, about 30 million indirect beneficiaries, 45% of women; (ii) generated 159 technologies inducing yield increase from 30% to 150% which are being adopted by 2.835.718 processors and producers on 3,094,170 hectares. For the eight established National Centers of Specialization over 1000 young researchers are being trained for PhD and MSc.

In 2013, CORAF/WECARD has initiated a young program on supporting young agripreneurs through the dissemination the WAAPP agricultural technologies. This series of projects aimed at increasing the utilization of scientific research outputs as a source of new knowledge-based jobs, particularly for the educated youths. Fifteen (15) selected promising agricultural technologies have been disseminated on web channels through 28 innovations lecture videos freely available on YouTube, social media networks. In addition, in order to promote entrepreneurial opportunities, the Bank started supporting the CORAF/WECARD in carrying out capacity building activities in agricultural value chains. These activities cover several aspects of pre-production related to animal, plant and fishery production, and post-production related to the processing of agricultural/fishery products, product labeling, marketing and market access.

CORAF/WECARD and its partners are ambitioning to explore all possibilities to up and out scale the dissemination of these agricultural technologies by providing demand-driven trainings, which will contribute to improving the employability of youths. One of the targeted outcomes of CORAF/WECARD intervention is to generate a momentum of local businesses in agriculture that will indirectly boost the diversification of local economies and therefore contribute directly to the transformation of agriculture in West and Central Africa.