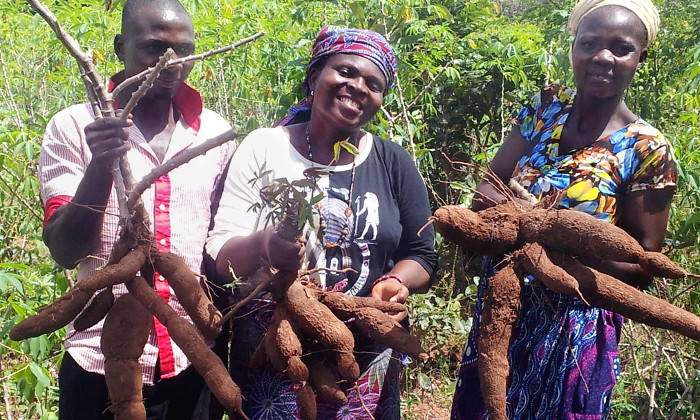 Reaching sustainable food security is one of the key challenge of the West African sub-region. Ten years after the implementation of the Agricultural Policy of the Economic Community of West African States (ECOWAP), some regional initiatives are making tremendous progress. Among these, the West Africa Agricultural Productivity Program (WAAPP) coordinated by the West and Central African Council for agricultural research and development (CORAF/WECARD) completely feeds into that big picture by addressing key questions of agricultural productivity based on the generation of improved technologies that increase crop yields from 50 to 150 % as well as regional cooperation among the 13 recipient countries.

When the West Africa Agricultural Productivity Program (WAAPP) started in 2008, the sub-region was one of the most affected world regions by food insecurity despite the abundance of its natural and human resources. Representing approximately 35 percent of the sub-region’s GDP and employing 60 percent of the active labor force, the agricultural sector is inhibited by weak linkages between farmers and markets, limited access to affordable and reliable quality seeds and lack of information on new agricultural technologies and best practices. As a result, the region has experienced a food gap estimated above 20%.

The WAAPP led by CORAF/WECARD thus became one of the major responses of the Economic Communities of West African States (ECOWAS) to the 2006-2008 food crises rocking the region. The region’s food situation would have been worse without WAAPP’s efforts. In fact, the program has successfully generated and accelerated the adoption of improved technologies in key priority areas of agricultural sector in each of the 13 beneficiary countries.

To bring significant changes in the agricultural productivity of smallholder farming communities, the project has met the challenge of the wide dissemination of these agricultural technologies and innovations throughout the 13 countries of the project and beyond.

To support regional integration in agriculture, WAAPP has successfully matched demands among countries by facilitating the trans-boundary exchange and adoption of technologies, knowledge and expertise across participating countries. More and more technologies are crossing borders. These include: rice seeder from Mali which is disseminated in 5 countries; composite bread technology (mixture of local cereal and wheat flours), launched in Senegal, is now spreading in 5 other countries; high-yield varieties of cassava and sweet potatoes with orange flesh from Ghana are disseminated in 3 other countries; parboiled rice production equipment from Guinea is being adopted in 4 countries; rainy season tomato varieties from Burkina Faso are now adopted in 3 countries.

All the technologies and innovations generated under the regional agricultural productivity program have been adopted by 3 million processors and producers on 3,094,170 hectares throughout the West African sub-region.

All those technologies are generated through a huge network of 300 researchers working in the National Centres of Specialization located in nine countries which are focused on dry cereals, roots & tubers, banana & plantain, rice and mangrove rice, fruits & legumes, aquaculture and livestock. These Centers under the aegis of CORAF/WECARD, are being supported to evolve to Regional Centres of Excellence. Therefore, WAAPP is also ensuring continuity in research through the training of up to 1000 young researchers in Masters and PhDs.

As a flagship program of the Economic Communities of West African States, WAAPP is branded by this Regional Institution as the unique tool that facilitates regional integration with the exchange of technologies and innovations and the mobility of researchers and actors between countries. WAAPP is positioning itself as a robust model that identifies priority areas for sustainable investments and attracting requisite funding to accelerate the agricultural transformation of the sub-region for economic growth. As key milestone, the program was able to mobilize during the last 07 years about 457Million US dollars for 13 countries for agricultural research through an adaptive programmatic loans (APL) system from the World Bank and also specific support from Japan and Spain.

With full recognition by policy makers and development partners the role played by WAAPP in poverty reduction in the sub-region is knowledgeable through the improvement of income generation by women and youth and the promotion of social development. By increasing the major crops yields between 30% and 150%, WAAPP had a great impact on food security and caloric intake, with caloric consumption rising from 2,777 kcals to 2,964 kcals and the “hunger period” reduced by 28 to 55% according to the commodity. WAAPP has also contributed to increase by 34% the economic situation of target farmers and actors in West Africa.