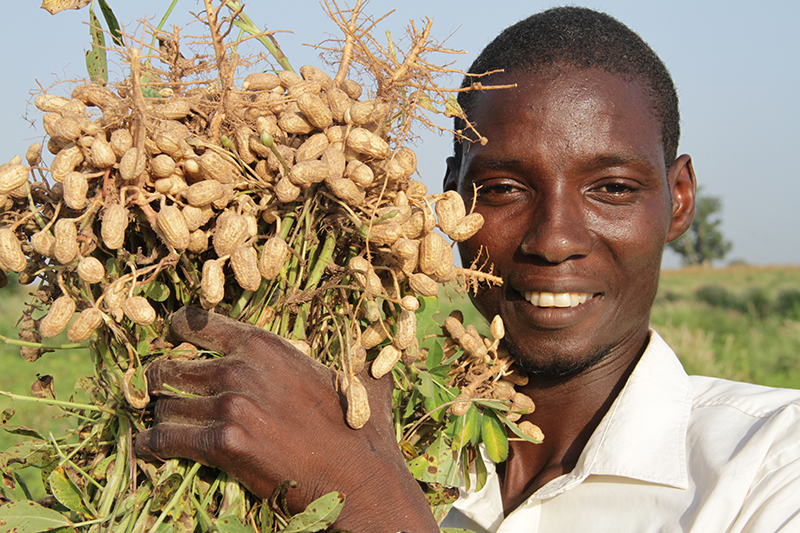 The geographical location of Senegal along the Sahelian belt of Africa means its agriculture is already facing the brunt of climate change. Experts argue that if urgent measures are not taken, small-scale farmers are likely to suffer the most.

Once the engine of the Senegalese economy, the peanut sector has suffered a major crisis, according to the Research Program on Climate Change, Food Security, and Agriculture.

But the trends are starting to change with the substantial investment of the West Africa Agriculture Productivity Program (WAAPP) in this critical sector.

In the past few years, WAAPP Senegal has been at the forefront funding research and development efforts to revitalize the sector and get it to boost economic growth, stimulate employment, and achieve the food and nutrition security of the people in Senegal and across West Africa.

Not only did WAAPP support the generation of new seeds, but they also tackled related challenges such as seed storage magazines, aflatoxin (a common disease affecting groundnut), organizing farmers into cooperatives, and improving marketing opportunities.

Through the regional center of excellence on dry cereal research, WAAPP funded adaptive research in critical cereals such as millet, maize, sorghum and fonio and associated crops such as groundnuts, cowpea.

Thanks to the support from WAAPP, the National Agricultural Research Center (CNRA) located in Bambey went to work generating resilient groundnut varieties that can adapt to the current climate. So far, ten climate-smart groundnut varieties have been validated, approved, and on their way to being shared with producers.

“The current groundnut varieties are about 20 to 50 years old. They cannot produce the expected yields under the current climatic conditions. The new varieties are high-yielding, disease-resistant, and pest-free,” says Dr. Issa Faye, Peanut Breeder at the CNRA in Bambey.

“Compared to the old varieties, you can see a significant difference in the maturity of the pods per plant, the weight of the seed and the grain size.”

In the center and south of Senegal specifically in the Fatick, Kafrine, Kaolack, Tambacounda and Thiès regions, most of the population are involved in groundnut farming.

Experts project that these new varieties will considerably improve production.

“The dissemination of these new multipurpose groundnut varieties with both a high seed yield potential 2.5 to 3 tons per hectare and a medium-to-long-cycle of 80 to120 days are more resistant to diseases. They contain between 40-50 percent oil value and the large seeds weigh about 15 grams. These are well suited to producers,” says WAAPP Senegal.

Though the validation and approval processes are already over, the seeds are not yet in the hands of farmers.

“What we project is that by 2020, the new varieties will be in the hands of all farmers,” added Dr. Faye.

A Benefit for West Africa

Under arrangements put in place by WAAPP, specific national research centers generate technologies and innovations and ensure that they are available regionally.