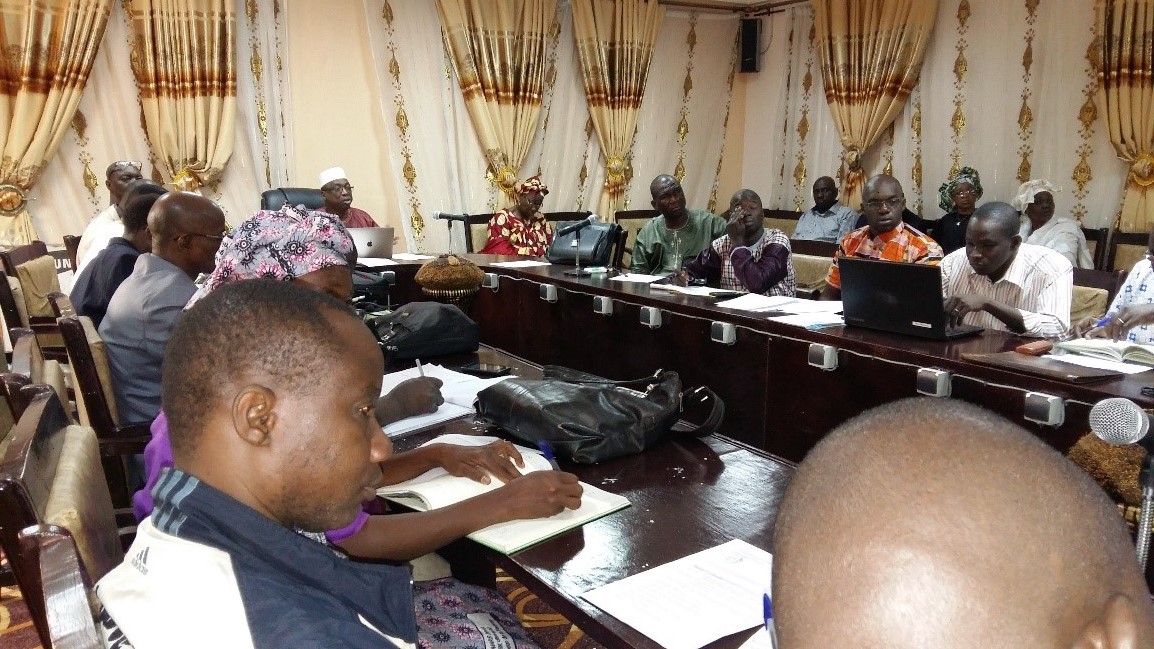 The consultant team mandated to carry out the feasibility study of the operationalization of the National Support Fund for Agriculture (FNAA) met on Thursday, June 30, 2016 for the restitution of the study results in the presence of representatives implementing WAAPP- Mali programme.
Current status of FNAA was established by the Government of Mali in the form of a trust account (Act No. 10-031 of 12 July 2010) in order to solve the funding gap in agriculture. The fund includes three components for:
(1). Funding support for agricultural and rural activities (2) financing activities to prevent and minimize the impact of major risks and disasters on agricultural development and the living conditions of rural populations; (3) ensure partially or entirely borrowing by farmers; (4) financing the establishment of a national pedigree seed stock used in times of calamity and support for the production of selected seeds at all stages of production.
It is funded by grants from the state and local authorities, the contribution of agricultural professional organizations, taking a percentage of royalties received by the rural development agencies, gifts and bequests and other sources. FNAA in its current form is experiencing difficulties operating, which convinced PPAAO-Mali to launch a study to find appropriate solutions to the following issues:
(a) What are the organized and well-structured sectors on which withdrawals can be made?
(b) What percentage rate should be applied by category and industry?
(c )What are the terms of contribution dies?
(d)What are the different management arrangements?
The overall objective of the study is to support the operationalization of the National Support Fund for Agriculture in its components and agricultural research council funding. According to the objectives, the study identified the two constraints to the operationalization of the fund and make proposals for action likely to favor an operational implementation of the fund.
- The status attributed to FNAA, namely a trust account which is authorized the Minister of Finance with accounting assignee as the Paymaster General of the Treasury, is not only cumbersome, but also a source of very little incentive to respect private actors; it is not clear that private actors, including the profession agricultural and technical partners, accept FNAA  in this form.
- The implementation structure of FNAA is a Steering Committee which seems unsuited to the requirements of the management of such funds: the actors make little positive results to operation of FNAA which shows the limits of the Steering Committee set in place.
Proposals for operational implementation of FNAA
For the operationalization of FNAA, the study makes several proposals for action, among which:
- Maintaining the state grant which currently stands at 5 billion CFA francs;
- Upgrading of the charge (500 F CFA 1, 000 CFA);
- Identifying new niches including sampling competing products imports to domestic production (milk, potatoes, fruits and vegetables, corn, wheat, chicken meat, etc.) on fertilizers and pesticides, etc.
- Assigning a new status FNAA in order to make a slight financial structure, autonomous, decentralized, funded by multiple national and international resources, with a shared and participatory governance, a computerized financial management system, decentralized and totally transparent and flexible response.
- The establishment of a roadmap for the effective implementation of the new formula FNAA.
All these proposals have been included in the study report that was sent to the Ministry of Agriculture for approval