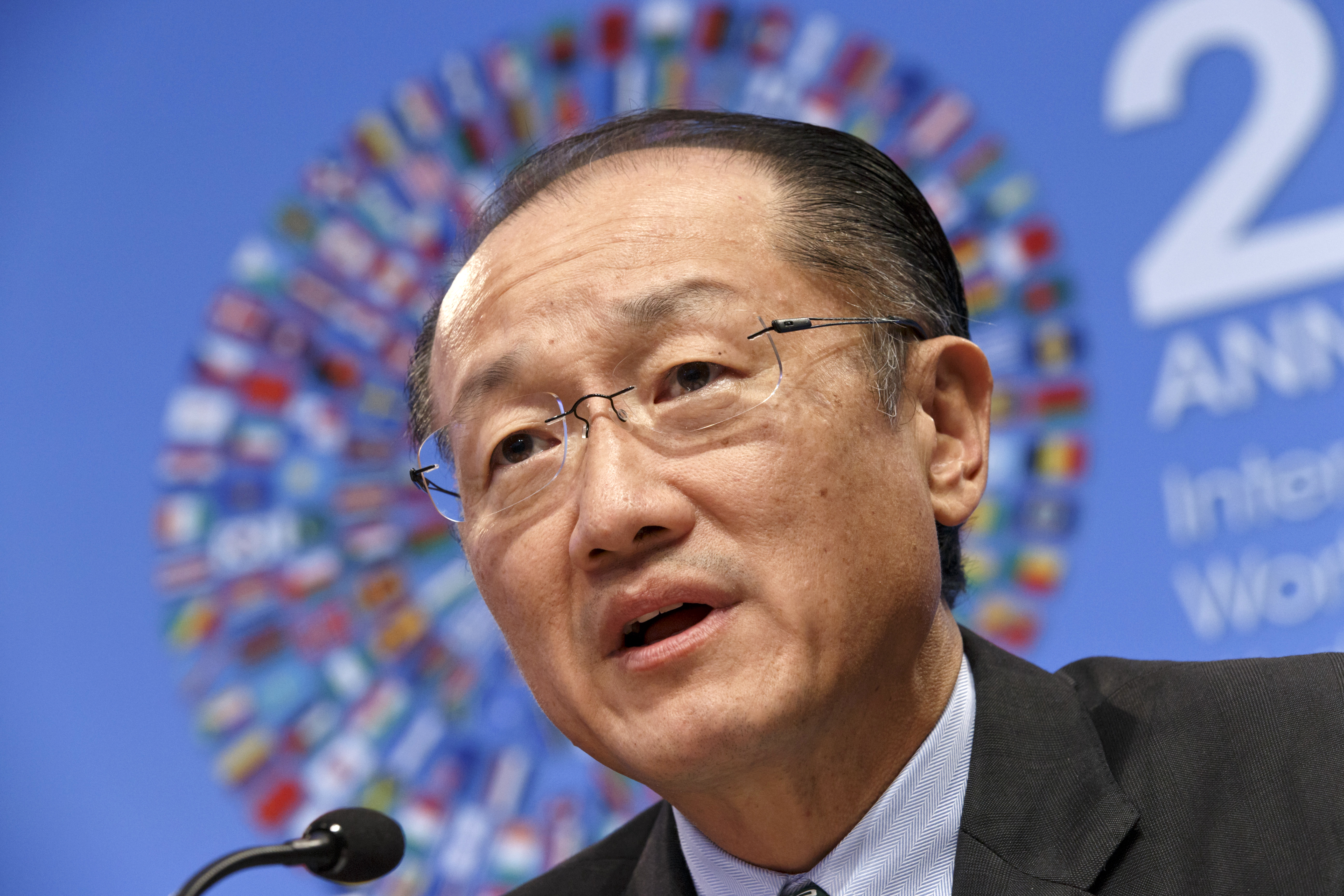 Executive Directors of the World Bank agreed unanimously on September 27, 2016 to reappoint Dr. Jim Yong Kim to a second five-year term as President of the World Bank Group, beginning July 1, 2017.  Executive Directors cited the achievements of Bank Group staff and management during Dr. Kim’s first four years in office, and recognized his leadership and vision. Chairs acknowledged several accomplishments the institution has achieved during this time with strong Board support.

The Board noted that in the first year of Kim’s leadership, which began in July 2012, shareholders endorsed two ambitious new goals for the institution: to end extreme poverty by 2030, and to promote shared prosperity – boosting the income growth of the bottom 40 percent of the population in every developing country. In pursuit of these goals, the Board endorsed a World Bank Group strategy that presented a basic blueprint for modernization: create “Global Practices” to promote better flow of knowledge across sectors, regions, and the Bank Group.

After the new development model was agreed, the organization put in place the financial foundation to drive the new strategy, with the backing of shareholders. Member countries showed support for the change process with a record $52 billion replenishment of IDA, the Bank’s fund for the poorest. Management also boosted the lending power of the Bank’s arm for middle-income countries – the IBRD. In a significant milestone in financial sustainability, for the first time in close to a decade IBRD’s loan revenues will exceed administrative expenses in FY18.

In addition, the Bank Group initiated an Expenditure Review that cut $400 million in administrative costs and reinvested some of the savings in the Bank’s business to support the goals. Chairs expressed satisfaction that this Expenditure Review is on track, allowing the organization to increase its support for countries and focus on delivering results more quickly. The Bank was able to meet lending demand over Kim’s term (FY13 - FY16) at levels not seen outside a financial crisis, with IBRD/IDA support climbing to more than $160 billion. IFC and MIGA also delivered record financing for private sector development in FY16.

Board members welcomed an increased focus on the Global Public Goods agenda and in financial innovation under Kim’s leadership. After the Ebola outbreak, staff quickly mobilized emergency funding to help the three affected countries contain the disease’s spread. Based on the lessons of Ebola, teams of experts from across the Bank Group worked together to create the first fast-acting financial response for the next major outbreak. The Pandemic Emergency Financing Facility was launched in May 2016 and will be operational by early 2017.

Other financial innovations included initiatives to scale-up IDA assistance to the world’s poorest countries, including IDA’s recent AAA rating; and the Global Concessional Financing Facility, a new effort to address refugee crises in middle-income countries and help them secure the needed development financing.

Chairs highlighted the fact that Kim encouraged the institution to ramp up its work on climate change, both in intellectual leadership and in financing, with an announcement in the fall of 2015 to increase climate financing potentially to 28 percent of total commitments by 2020, based on client demand.

Kim put a strong emphasis on partnership, both with the private sector and within the multilateral system, for the first time going on several joint missions to areas in crisis with the United Nations Secretary General, Ban Ki-moon.

In addition, to reflect the global and inclusive nature of the Bank Group, over Kim’s term the organization also made several significant strides in staff diversity, becoming the first International Financial Institution (IFI) to attain Economic Dividends for Gender Equality (EDGE) certification; reaching gender parity on the Senior Management Team; attaining a record eight Vice Presidents of African descent; and IBRD for the first time reaching its target of having 12.5 percent of staff at technical and managerial levels from sub-Saharan Africa/the Caribbean.

In the meeting between Kim and the Board, Kim stated that his highest priority going forward is institutional stability and deeper staff engagement, and he paid tribute to the high caliber of the Bank’s dedicated, professional staff. Kim also pointed to this year’s IDA-18 replenishment, and the need to ensure we mobilize record funds for the poorest countries and, with the support of donors, develop innovative new ways to leverage scarce development resources.

In the longer term, Kim discussed building on the momentum of recent years to deliver where progress is most needed, focusing on three areas:

First, to promote economic growth by facilitating private sector investment in infrastructure, calling on countries to mobilize development resources on a larger scale and deploying innovative financing and advisory instruments to make sure existing and new funds achieve maximum impact. Second, investing in human capital, including education, health, and skills to support a country’s ability to compete in a future economy. And finally, protecting the global economy from downside risks that threaten to undermine progress.

Kim asserted that harnessing the expertise, knowledge and financial acumen of the Bank’s world-class staff in the relentless pursuit of these three priority areas will move us significantly closer to achieving the Bank’s goals.