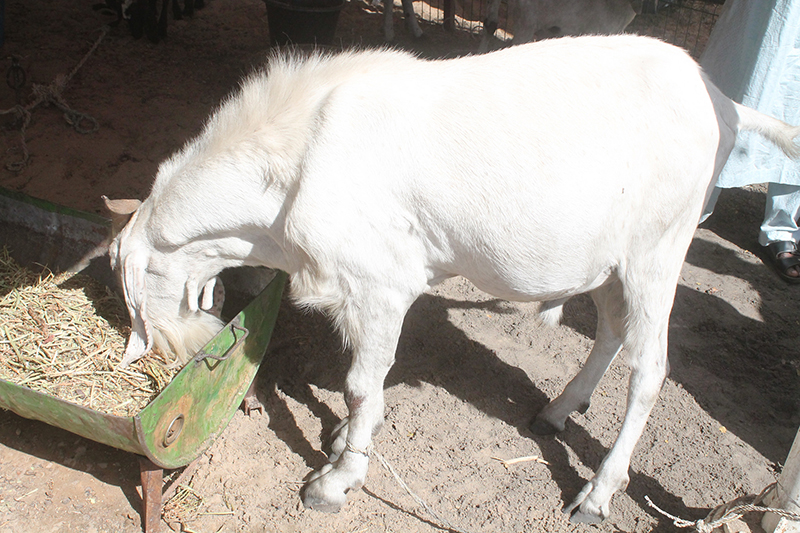 Livestock farmers in West Africa are increasingly turning to the red goat of ‘Maradi‘ and the ‘Balami,’ two of Niger’s revered sheep breed, scientifically proven to adapt better to the changing climate and genetically wealthier.

Under the WAAPP, one of the region’s most successful agriculture programs, countries in West Africa have stepped up cooperation not only in research but also in the integration of innovative technologies. This has helped closed food and income gaps experienced by poor farmers in Mali and others in the agriculture industry across West Africa.

In 2016, the Institute of Rural Economy, Mali’s principal agriculture research institute imported about 1000 ‘Balami’ from Niger which they distributed to farmers in the regions of Koulikoro, Ségou, and Mopti. The overarching objective was to strengthen the resilience of livestock farmers in Mali and improve the sheep and livestock value chain.

Millions of farmers in Mali keep small ruminants as a primary source of livelihoods. Sheep assets are considered income generating activities and could be vital to escape the poverty trap, according to the CGIAR research center on livestock.

In Bla, located about 400 kilometers East of the capital, Bamako, a group of 10 women received the new breed from Niger. After close to 18 months of rearing the ‘Balami,’ there are signs that the smallholder farmers are making progress in incomes and livelihood strengthening.

“I am essentially a stay-home mom. Rearing the Balami is my main economic activity. When I have a problem, I sell one or two and use the money to address the issue. They are better than the previous species I was rearing,” says Mrs. Domboua

Though Mali and Niger are neighboring countries and share similar environmental characteristics, moving livestock from one ecological zone to another can pose considerable challenges.

“The adaptation of this breed here was challenging. Not only are their demand for food higher, but we also have to make extra efforts to take care of them from the perspective of cleaning, and vaccination,” adds Mrs. Domboua.

However, for this 31-year-old mother of two, the new breed is still relatively better than the species she was rearing before.

“Balami grows bigger compared to other local species. The meat is tender, and people tend to like it better. Customers jump on it whenever I take it to the market.”

Livestock has significant cultural value and represents a considerable source of livelihood for millions of families in Mali and across West Africa. About five million people are livestock keepers in Mali, most of whom are women, according to the CGIAR.

For the women group in Bla, their ambition to expand activities is constraint by credit availability.

“We are now approaching the Tabaski, the Muslim largest feast. If we had enough capital, we would have expanded our business to meet the growing demand. This would also allow us to make more profit and further assist our families.”

The ten women rearing ‘Balami’ in Bla have created an association in which they contribute a modest amount of 500 FCFA (USD 1) each month. They save the money in the bank with the hope that when it becomes substantial, they could leverage it to apply for a loan to expand their livestock business.

Niger is the host of the West Africa center leading research on livestock. The Red Goat of Maradi, a product of the National Center of Specialization on Livestock has been exported to Mali, Senegal, Guinea, Cote d’Ivoire, and other West African countries. Experts argue that it fares better from the perspective of adapting to new environments, standing the changing climate and are more nutritive.

In many communities where it has been adapted, evidence point to their contribution to poverty reduction, food, and nutrition security of smallholder farmers.

The Thriving Goat and Guinea Fowl Business In West Africa