Extension of Phase 1: An additional funding of 10 million USD approved for WAAPP-Togo 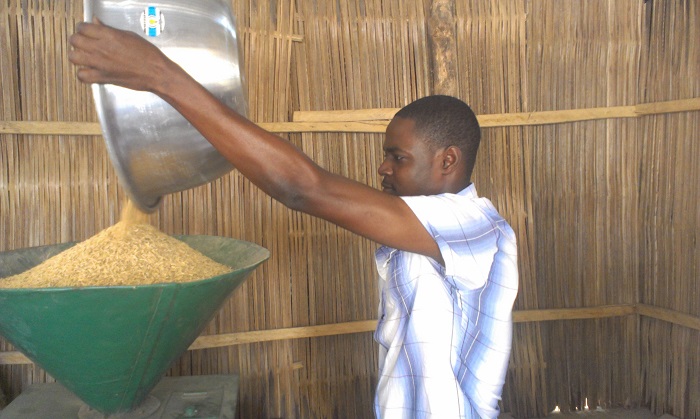 Pending the formulation of the second phase of WAAPP and to consolidate the achievements of the current phase, an additional funding of USD 10 million was approved a second phase of WAAPP-Togo from 2016 to 2018. In this line, a preparatory mission of the World Bank and CORAF / WECARD led by Mr. Erick Abiassi, Country office Task Team Leader (TTL) of the World Bank in Benin and Togo visited Togo from 7 to 16 March 2016 to evaluate the results achieved over the past four years.

This additional funding, will allow continuation of operations pending the implementation of the second phase of the project scheduled for early 2019. After five years of implementation WAAPP Togo has made tremendous progress. In total, more than 250000 direct beneficiaries were reached including 37% of women. This represents an achievement rate of 117% compared to the program initial target of 200 000 beneficiaries. Under WAAPP, the country has imported eight (08) improved agricultural technologies that have been adopted by nearly 150,000 producers with a total area of 120,000 hectares throughout the country.

The preparatory mission for the additional funding also went to Atakpame, 161 km from Lome, to meet with beneficiaries. One of them, Mr. ASSAMATI, a farmer of the plateau region, was able to self-finance the construction of a borehole worth USD 8,600 from revenues generated following WAAPP support in his community. Through these actions, Mr. ASSAMATI became a champion in his community. By raising awareness, of other breeders in his community on best practices in livestock breeding.

Beneficiaries also expressed their grievances in favor of the continuity of WAAPP in Togo to enable farmers to earn a decent living and contribute effectively to the eradication of poverty.

An innovation for the promotion of local and competitive agri-food systems for small producers particularly caught the attention of the delegation. The innovation is a model called "Service companies and Producers Organizations" (ESOP) promoted by the Business Territory and Development (ETD) in partnership with WAAPP-TOGO.

The concept of ESOP encourages the pooling of producers around processing facilities for the production of high standard products. Revenue from the sale of these products are shared among producers and owners of processing units as dividends. Six ESOP including 3 ESOP on meat and 3 ESOP on seeds are supported by WAAPP.

Following the performance recorded and discussions with beneficiaries, consultants from the World Bank and CORAF/WECARD have reviewed the scope of work of WAAPP-TOGO for the additional period during a feedback session.