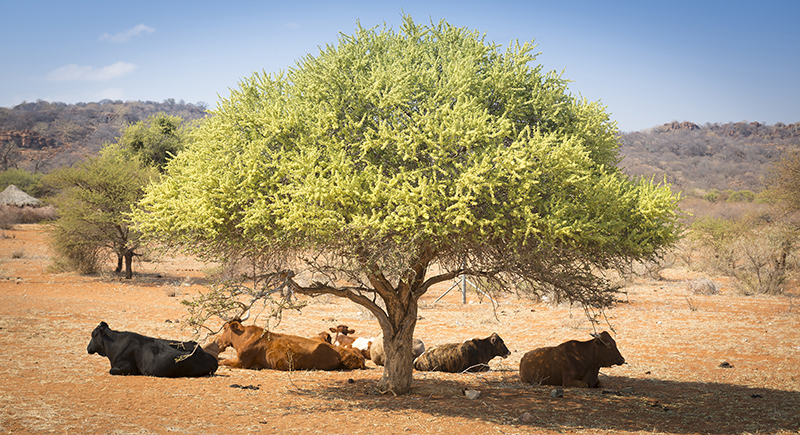 Two of West Africa’s agriculture research and development partners are examining the possibilities of strengthening their collaboration to tackle some of the Sahel’s most intractable challenges.

Meeting in Dakar, Senegal, on Friday, March 8, 2019, senior officials of Sub-Regional Office for West Africa of the Food and Agriculture Organization of the United Nations (FAO) and those of the West and Central Africa Council for Agricultural Research and Development, concluded that the challenges of land degradation, droughts, and migration are solvable from a research and innovation perspective.

The Sahel is home to millions of people in West and Central Africa has been historically plagued by droughts, soil degradation, and recently by the massive migration of young people out of the continent. For the FAO and CORAF, it is possible to not only reverse these trends but also use science, technology, and innovations to change the development trajectory of the Sahel and improve the livelihoods of its people.

“The Sahel is not a curse,” said Dr. Gouantoueu Robert Guei, Coordinator of the FAO Sub-Regional Office for West Africa and FAO Representative in Senegal.

“We can restore the Sahel. If it has been done elsewhere, why not in the Sahel? the FAO representative questioned.

“I don’t agree that there isn’t enough water in the Sahel. Not only is there enough water, but we can also leverage innovations to change the situation, ” Dr. Geui explained.

“We can do agriculture differently in the Sahel. But that depends on a change in paradigm to agro-ecological agriculture.”

CORAF has the mandate to coordinate the research activities of the agriculture policy (ECOWAP) of the Economic Community of West African States. Speaking at the event, Dr. Abdou Tenkouano, Executive Director of CORAF identified the implementation of ECOWAP as one of the priority areas of potential collaboration between both organizations.

There is ongoing work to develop an agri-input strategy for West Africa. At Friday’s meeting, both organizations also agreed that agri-inputs could be a potential area of partnership. Beside fertilizers, pesticides, and mechanization, both parties also agreed that water should be looked upon as a critical input for the sustainability of agriculture and other sectors.

Lastly, CORAF proposed foresight and anticipation as a major area of collaboration. The FAO has a track record of identifying potential threats to food systems in countries and communities around the world including in West Africa. Dr. Tenkouano thinks the FAO could bring its experience to advance food and nutrition security in the region.

The FAO Head for the West Africa office welcomed the idea of working in collaboration.

“There are greater chances of securing new funding when we work together,” said Dr. Guei.

With the meeting holding on International Women’s Day, both organizations pledged to continue placing women at the center of their actions.

“Gender is one our main priorities. We must ensure that gender considerations are taking into account in all projects,” said the FAO official.