Future potential of West African seed sector is in its diversity 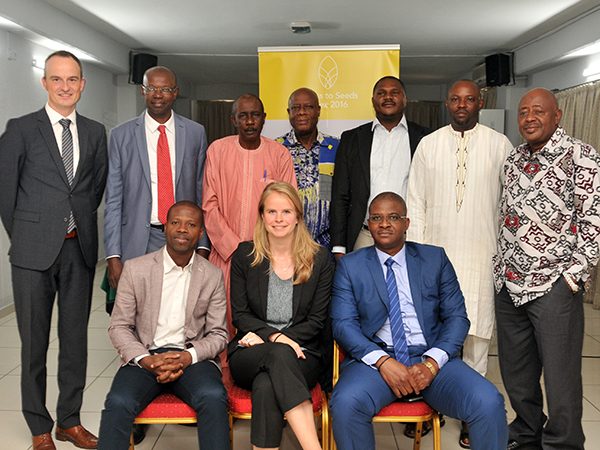 Seed experts from West African countries met in Abidjan, Côte d’Ivoire on 10 October 2017 to discuss the outline of the regional Access to Seeds Index for Western & Central Africa.

The experts emphasized the importance of improving access to quality seeds in the region. Access to seeds is a significant challenge in the region’s agriculture sector, and affects the region’s overall development as farming is the backbone of all countries’ economies. Agricultural potential in the region is high, but due to a lack of access to quality seeds this potential is far from met. Shining a light on this challenge and emphasizing the role of private seed companies through the Access to Seeds Index may positively impact this reality.

To capture the reality on the ground in many of the countries in this region, some experts noted that not only the role of seed companies but also the role of seed producing farmer cooperatives should be addressed by this initiative. “The West African seed sector is very diverse in terms of crops and actors. If we want to improve access to quality seeds for small farmers we need to unlock the potential that comes with this diversity,” one expert stated.

The lion’s share of the seed used by smallholders in the region is currently produced by farmer cooperatives. “This is often referred to as the informal sector. But that ignores the fact that many of these cooperatives or farmer networks are formally recognized by the authorities and produce good quality seeds.” The crop portfolio of these cooperatives also makes them relevant, “they produce seeds for many local crops that are important for food security but are not often found in the portfolio of seed companies.”